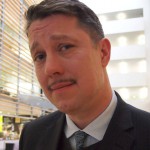 Jon Rea is Engagement and Participation Lead for Nottingham City Council and a specialist in involving citizens in strategic and operational decision making. After graduating from Nottingham Trent University with a First in Humanities Jon worked for the British Trade and Investment Office in the USA and ran an independent publishing company in Nottingham. Since 2005 Jon has developed strategies and plans for active citizen engagement in decision making and local authority commissioning processes. He has worked with the UK’s Core Cities group, the British Council’s Future Cities programme and on a number of EU partner projects, including PLACES. Jon coordinates the development of the STEMWORKS science communication action plan for Nottingham City and is a passionate advocate for ‘street-level’ citizen science engagement and getting more young people into science and technology careers.

Carole Paleco has been working for the past 12 years for the International Relations of the Royal Belgian Institute of Natural Sciences. She has been involved in the touring of the RBINS exhibitions and has developed in 2006 the European online database for scientific traveling exhibitions (EXTRA) managed by the European network ECSITE. She has since managed numerous European projects, be them in the field of research or science communication. Notably she has developed as Chair of the Gender Action Plan of the EDIT Network of Excellence (FP6) a mentoring program for early career scientists at European level, while she did the same at Belgian level with her association Belgian women in Science (BeWiSe). She currently coordinates the access of foreign researchers to the collections of the Belgian Taxonomic Facilities within the Synthesys project (FP7) and is the leader of the activities performed in Brussels for the PLACES project (FP7) where she has encouraged new ways of collaborating with citizens associations and decision makers on common objectives valorizing biodiversity and water management in the City, placing the RBINS notably as facilitator. 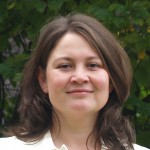 Rita Clancy is the founder and CEO of EURIDA Research Management, based in Berlin (Germany).
Rita is an expert in European research and innovation strategies and road maps. In this context she supports universities, SMEs, research institutes and organizations in the internationalisation of their research activities and the establishment of sustainable mid- to long-term innovation and funding strategies which reinforce European policy goals. Supporting research and project groups to develop successful long-term research and funding strategies and creating dialogues with stakeholders right from the beginning of a project are in the focus of EURIDA’s activities to maximise project impact and sustainability. Having started in EU’s 6th Framework Programme she holds many years of experience in developing international research projects and in planning and implementing their non-scientific activities. 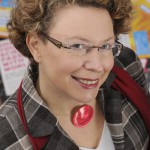 With her company city2science, Dr. Annette Klinkert supports local stakeholders, policy makers, universities and scientific institutions by providing strategic consulting and innovative communication strategies connecting science, city and society. Annette initializes and organizes dialogues between representatives of universities, local decision-makers, cultural institutions, companies, citizens and media. Within this process, stakeholders of city and science are motivated to develop a mutual understanding of their specific challenges and capacities in a local, national and international context. Annette is EUSEA Project Officer for PLACES.